We offer an enviable location for the study of Medieval and Early Modern Studies. 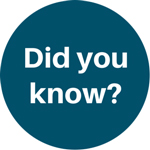 Chetham's Library is the oldest public library in the English-speaking world.

The cosmopolitan city of Manchester offers a lively and diverse research culture, focused on the incredible riches of the Special Collections at The John Rylands Research Institute and Library on Deansgate.

The late-Victorian neo-Gothic building opened to the public in 1900 and was founded by Enriqueta Augustina Rylands in memory of her husband, John Rylands. The Rylands has a superb collection of early modern printed books, in English and other languages.